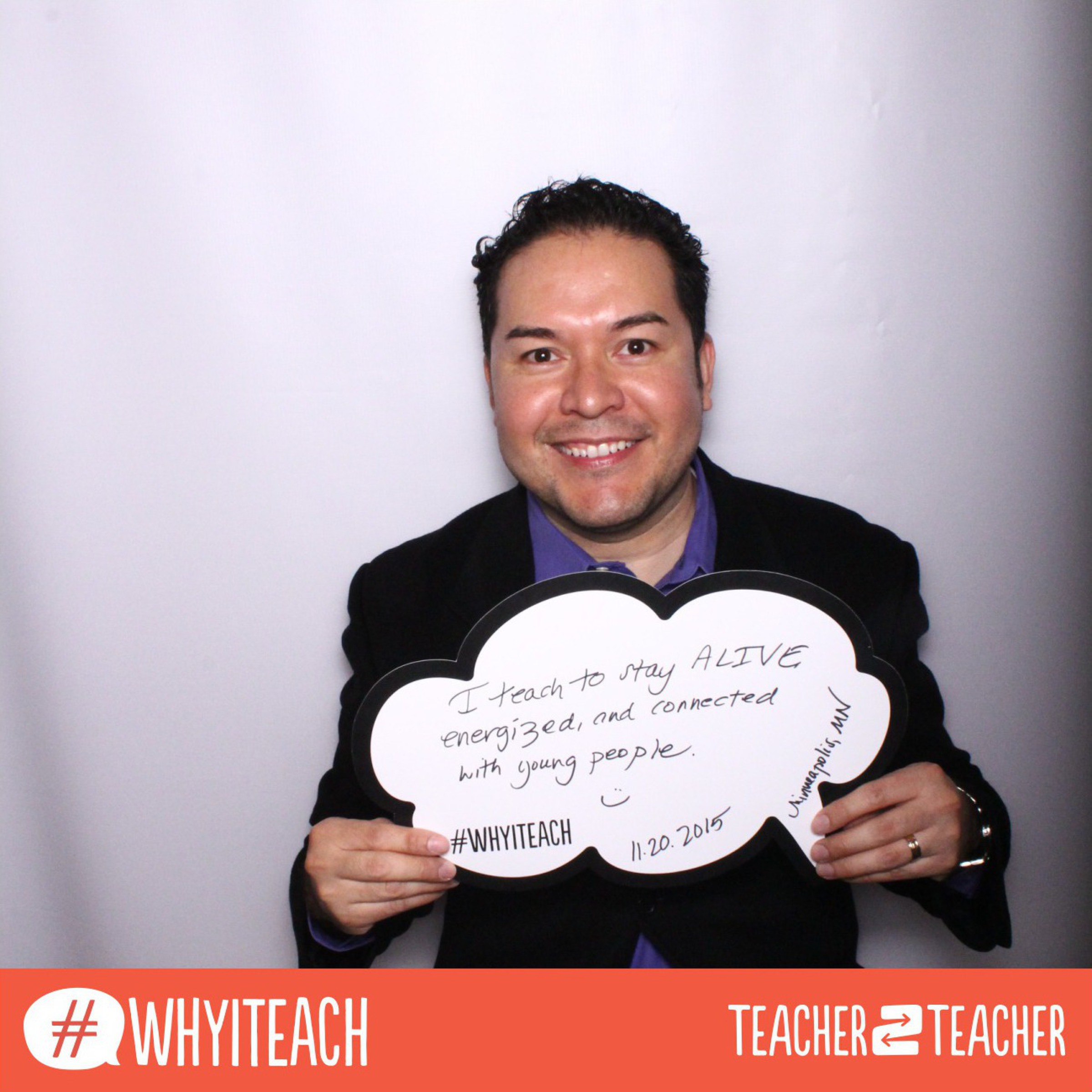 R. Joseph Rodríguez is Assistant Professor of Literacy and English Education in the Department of English at The University of Texas at El Paso. He has taught English and Spanish language arts in public schools, community colleges, and universities. His areas of research include children’s and young adult literatures, language acquisition, and socially responsible biliteracies. He is the author of the research book titled Enacting Adolescent Literacies across Communities: Latino/a Scribes and Their Rites (2017).

When Joseph is not reading, teaching, or writing, he enjoys cooking, hiking, kayaking, storytelling, and traveling.

Ignacio Martínez is Assistant Professor of Colonial Latin America in the Department of History at The University of Texas at El Paso. His scholarly and research interests include world history, the Atlantic World, Latin American intellectual history, the history of emotions, and the social and cultural history of the Spanish Borderlands. He is currently working on his research book tentatively titled The Intimate Frontier: Friendship and the Social Development of Northern New Spain.

Ignacio is deeply devoted to his craft as a historian. However, when he succeeds in finding time to get out of the office, he enjoys working out, playing racquetball, and spending time with his family.

The United States is the home for many people across borders in North America and from around the world and. From indigenous people to the newest arrivals, migrants and immigrants contribute to U.S. history, literature, and society.

In the book Border People: Life and Society in the U.S.–México Borderlands, Oscar J. Martínez explains significant concepts used over time to describe border regions in this and other countries. Martínez argues,

A border is a line that separates one nation from another or,
in the case of internal entities, one province or locality from
another. The essential functions of a border are to keep people
in their own space and to: (a) prevent, (b) control, or (c) regulate
interactions among them.  A borderland is a region that lies
adjacent to a border. The territorial limit of a borderland depends
on the geographic reach of the interaction with the “other side.” (5)

Each of us belongs to several different spaces and borders—of access, gender, class, ethnicity, race, economics, among others.

The combinations can be infinite and can also change based on age, circumstances, class, education, ethnicity, gender, migration, opportunity, privilege, race, and zip code. Some of these are influenced by family and policy, while others are historical and national across time and geography.

2. How do texts address the history of the border?

3. How does media address the border?

4. What does dual citizenship mean?

5. How are treaties made between countries?

7. How do texts address the history of the border?

8. How does media address the border?

9. What does dual citizenship mean?

10. How are treaties made between countries?

Common Core State Standards, English Language Arts, Literacy. RH.9-10.4
Determine the meaning of words and phrases as they are used in a text, including vocabulary describing political, social, or economic aspects of history/social science.

Common Core State Standards, English Language Arts, Literacy. RH.9-10.8
Assess the extent to which the reasoning and evidence in a text support the author's claims.

(A) explain actions taken by people to expand economic opportunities and political rights, including those for racial, ethnic, and religious minorities as well as women, in American society;
(B) discuss the Americanization movement to assimilate immigrants and American Indians into American culture;
(C) explain how the contributions of people of various racial, ethnic, gender, and religious groups shape American culture[.]

2. Copies of two essays: “The Border: A Glare of Truth” by Pat Mora and “Through the One-Way Mirror” by Margaret Atwood

3. Excerpts or table of contents from two or three different U.S. history textbooks

6. Excerpt from The Treaty of Guadalupe Hidalgo (Tratado de Guadalupe), officially titled the Treaty of Peace, Friendship, Limits and Settlement between the United States of America and the Mexican Republic (February 2, 1848)

7. Recording of songs from the borderlands

Invite students to think about all of the worlds they belong to: worlds of culture, home, family, friends, religion, school, and sports.

Ask students to juxtapose their own sense of identity with how textbooks or treaties and the media portray segments of the U.S. population such as border people or may erase elements of bicultural, bilingual, and dual identities and realities.

Ask them to make a list in which they reference at least three ways they feel or behave in two of their worlds. A sample is noted here:

Students can gain an understanding of how history, memory, politics, and the media or other for-profit entities conceptualize and interpret segments of the U.S. population to suit their own purposes.

For example, students should be able to explain the appropriation of historical memory, the ways in which politicians cater to their constituents for votes, or how treaties such as the Treaty of Guadalupe Hidalgo discuss the role of the state in determining who belongs and who does not.

The essays by Mora and Atwood present critical perspectives from revered authors who live and write in North America. Invite students to present the essayists’ arguments about the regions they inhabit, their identities, and public histories.

Together with a partner, students can write microessays (SAMPLE) or create digital stories with songs to share the experiences of immigrants in literary works and to encourage understandings about immigrant and migrant (migration) experiences.

Use the primary sources (Treaty) and the teaching and learning resources from the National Archives on the Treaty found here.

Students will be asked to give a short 8 to 10-minute presentation on the nature of borders.

They can either focus on the creation of borders as political and military entities or they can address borders as cultural with elements of class, ethnicity, gender, race, region, rural, and urban.

Individual identities can be influenced by either issue of security (i.e. the political and military border) or as a cultural reality. Students should understand how these two perspectives converge and how they are different and what they mean in terms of who belongs and who doesn’t.

Ask students to the use Document Analysis Worksheet on the Treaty and to share their close reading and textual analysis.

Invite students who are Spanish-language speakers to read aloud the Spanish version of the poem “Legal Alien” by Pat Mora. Give students an opportunity to discuss the advantages of being familiar with more than one world language or culture.

Ask students to choose two YouTube videos (in either English or Spanish) that discuss immigrant issues from different perspectives. Allow them to interpret their underlying meaning or how they feel about what is being said.

Some accommodations and modifications to consider are as follows:

1. Adjust the method of presentation or content and develop supplemental material as needed.

2. Outline the material for the student before reading a selection.

3. Reduce the number of pages or items on a page to be completed by the student.

6. Substitute a similar, less complex, task for a particular assignment.

8. Create a word wall that is accompanied by an image or photograph for each new vocabulary term.

Using the document developed by the Texas Education Agency (TEA) and the Texas Higher Education Coordinating Board (THECB), the following College and Career Readiness Standards (CCRS) complement the lesson plan in English/language arts and social studies:

The online tool for teaching with documents by the National Archives is brings history to life and can be accessed here.

The following resources support teaching and learning about the borderlands:

Our experiences and collaboration on teaching about U.S.–México borderlands histories and literatures came together as we prepared the lesson plan titled “The Border’s Alive.” We wanted to provide guidance for teachers as they work with their students to provides new ways of reading texts about the border with deeper questioning and thinking.

We believe the interdisciplinary approach will involve more students in understanding key concepts, periods, and perspectives about history and literature.