There has been a marked increase in the number and quality of Chicano/Chicana and Latino/Latina writings in English and Spanish in the United States of America and abroad within the last thirty years. No topic or area of interest has been left untouched by these writers. Their interests range from history (J. Hernández), social action (García), linguistics (Andalzúa), fiction (Cisneros), comedy (F. Hernández), poetry (Aragón), reportage (Zamora), young adult (Sánchez), and children (Herrera).

One of the most remarkable, timely, erudite, and funny of these writers is José Antonio Burciaga (1940-1996). Born and raised in El Paso, Texas along the border between the United States and México, Burciaga lived and wrote about his trials and triumphs of being a bilingual, binational, and biliterate literary figure of the southwestern borderlands.

In his many works, Burciaga – “ . . . seeks the roots of his Chicano heritage in Mexico and Texas, telling today’s Mexican Americans how the Chicano movement has changed their lives for the better. His personal anecdotes of growing up a stranger to both of his native lands speak to today’s immigrants, especially the second and third generations.”—Library Journal

Burciaga’s written works include books, poems, essays, novels, and short stories. His most widely published and available titles are –

Burciaga’s works are easily incorporated into the curricula of high school Spanish language arts, English language arts, or social studies. His writings are profound yet easily accessible to all students because of his simple and witty writing.

1. How do we identify ourselves in a border area?

2. How do we identify ourselves in a global community?

5. Are there borders in our classroom? Our school? Our community?

6. Are there borders in our hearts and minds?

7. What advantages do we get from being bilingual, binational, and biliterate?

For Spanish Language Arts as shown in the World-Readiness Standards for Learning Languages – interact with cultural competence and understanding (https://www.actfl.org/publications/all/world-readiness-standards-learning-languages/standards-summary)

For English Language Arts taken from the National Council of Teachers of English -- Students develop an understanding of and respect for diversity in language use, patterns, and dialects across cultures, ethnic groups, geographic regions, and social roles. (http://www2.ncte.org/)

For Social Studies taken from the National Council for Social Studies – people, places, and environments because in today’s social, cultural, economic and civic issues demand that students apply knowledge, skills, and understandings as they address questions such as:Why do people decide to live where they do or move to other places? Why is location important? How do people interact with the environment and what are some of the consequences of those interactions? What physical and other characteristics lead to the creation of regions? How do maps, globes, geographic tools and geospatial technologies contribute to the understanding of people, places, and environments? (https://www.socialstudies.org/)

(N.B. class sets of the books that are cited are preferred however many of Burciaga’s works are out of circulation and consequently expensive to acquire) 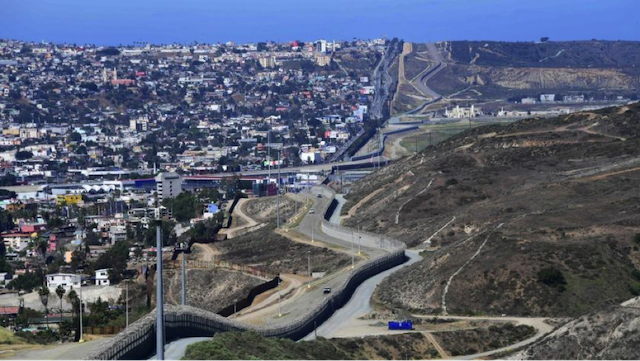 Task students to describe the picture.

Task students to create a definition of a border.

Ask students to identify and explain the borders that they see.

Ask students to identify and explain the borders that they do not see.

Task students to read Bienvenido Chamizal (available at this link -- https://www.cancioneros.com/ca/106/B/cancionero-de-maria-dolores-pradera) and Chamizal Blues (available at this link -- https://www.newspapers.com/image/?clipping_id=3812334&fcfToken=eyJhbGciOiJIUzI1NiIsInR5cCI6IkpXVCJ9.eyJmcmVlLXZpZXctaWQiOjY3Mjk4NjgxLCJpYXQiOjE1NjM5OTUzNDcsImV4cCI6MTU2NDA4MTc0N30.Nbm2pb8QPsFjdKoxtIEzaeryX4ygID95P_SDvTQJstI).

Have students contrast the lyrics of each song.

Task students to identify the most important questions on the form, the least important, and those that are irrelevant.

Have students explain their how they determined which questions were important, unimportant, or irrelevant.

Have students think about how they get to know a new person in their lives. What do they want to know about the new person? What information is essential? Non-essential?

Have students role-play an immigration official. Which questions would they ask a person who wanted to come into the United States of America?

Task students to recreate or rephrase their definition of a border.

Assessment or evaluation of this work can be formal (i.e. with a grade) or informal (observation, display, or sharing). The latter method is preferred.

Any lesson in the unit can be adopted or modified for English Language Learners or students who follow an Individual Education Plan. Specifically the assignments can be given orally and/or visually. Extra time may be given to complete the readings and assignments.

Each of these standards are taken from the ACT Career and Readiness Standards (https://www.act.org/content/act/en/college-and-career-readiness/standards.html)

For Social Studies – key ideas and details, and integration of knowledge and ideas.

Good writing has the power to transform the way students think, react, and interact with the world. José Antonio Burciaga once said – “To the Nahuas, words were flowers, metaphors that gave birth to thoughts and actions.”

Burciaga’s words were the seeds that started the garden of Chicano/Chicana literature in the United States. He is as applicable and as enjoyable to read now as he was then and it is hoped that the educator will see, use, and expose the writings of this preeminent author.