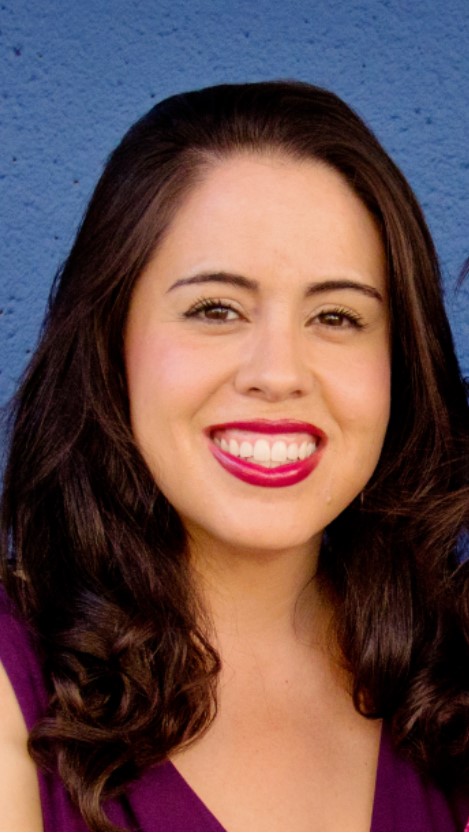 Adriana Dominguez is a Clinical Professor of Theatre and the Director of Audience Development for the Department of Theatre and Dance at The University of Texas at El Paso. She teaches Creative Drama, Leadership in Performing Arts Organizations, Women in Drama, Chicano Theatre, Feminist Theory and Drama, Theatre History and Literature I, and Theatre Practicum I-III.

Adriana has participated in theatre as an actress, director, producer, designer, and teacher at the elementary, secondary, and university levels for over 20 years. She is the co-founder of both the Chican@/Latin@ Theatre Series and the Children’s Traveling Troupe, which serve to promote artistic connections with the community at no cost. She is also the director of the Department Summer Children’s Camps; collectively these projects reach over 5,000 community members each year.

Adriana is a native El Pasoan and is proud to further integrate the arts into the classroom and community. When she is not busy at the theatre, Adriana enjoys reading, participating in local community events, and spending time with her family. 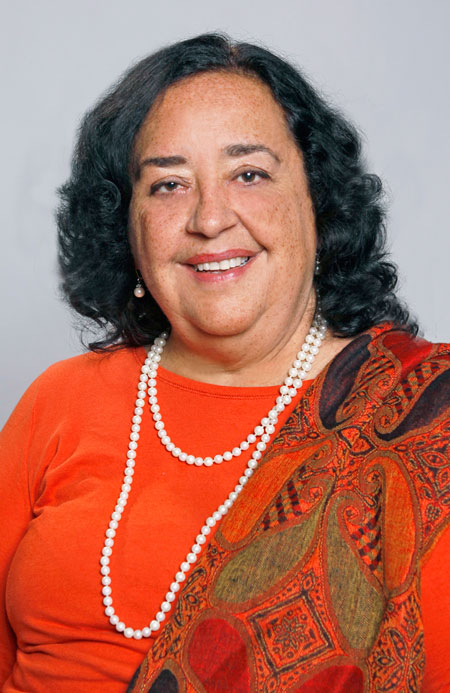 Dr. Yolanda Chávez Leyva is a Chicana historian and writer who was born and raised on the border. She is the Director of the Institute of Oral History, Director of the Liberal Arts Honors Program and  Associate Professor. She has spent her life listening to and now documenting the lives of people who live on la frontera. Professor Leyva specializes in border history, public history, and Chicana history.

She is co-founder of Museo Urbano, a museum of the streets, that highlights fronterizo history by taking it where people are-- from museums to the actual streets of El Paso. She came to academia after a decade of social work in the Black and Brown communities of east Austin, with a desire to make academia and especially history relevant and useful to people. Her work has been recognized nationally. She is the recipient of the National Council on Public History "Best Public History Project Award" and the American Historical Association Herbert Feis Award that recognizes "distinguished contributions to public history." She has also received several faculty awards from UTEP and the College of Liberal Arts. In 2014, the government of Brazil invited her to conduct community dialogue training with new and emerging historical sites from Latin America, Africa, and Asia. She is currently interviewing community members who grew up or currently live in El Paso's southside barrios as well as former Braceros.

She is the oral historian for the "Voices from the Border" series. She is also completing a manuscript on interpreting Latinx history in museums and historic sites, based on oral histories conducted with museum and historic sites professionals. She has curated, and co-curated, many museums exhibits with her students. Dr. Leyva has published numerous articles on Chicana, lesbian and border history. In addition, she has published poetry in Ixhua, La Voz de Esperanza, andCantos al Sexto Sol.​ 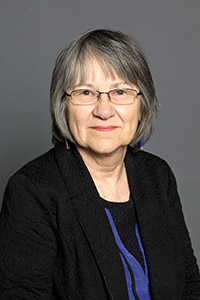 Kathleen Staudt (Ph.D., Political Science, University of Wisconsin, 1976) came to the Paso del Norte Metropolitan Region in 1977 and considers herself an ‘adopted fronteriza.’ Half of her twenty books and edited volumes focus on the borderlands.

Kathy offers courses on public policy, borders, political geography, women, nonprofit management, and teaching democracy. She founded the UTEP Center for Civic Engagement in the late 1990s and directed its academic service-learning opportunities for a decade thereafter. She is active in community organizations. Kathy is one of a half-dozen faculty Returned Peace Corps Volunteers at UTEP.

The mother of two adult children, Kathy has always been active in parental engagement and educational policy issues. She taught Schools in Communities for the UTEP College of Education, Department of Teacher Education Department, Political, Cultural, and Linguistic Borders for the Ed.D. program, and upper-division political science courses for future teachers in middle and high school social studies.

Kathy loves to travel, read, and write (including a not-yet-published, co-authored short story!), and takes care of her dog Pewter. Visit her blog for more details. 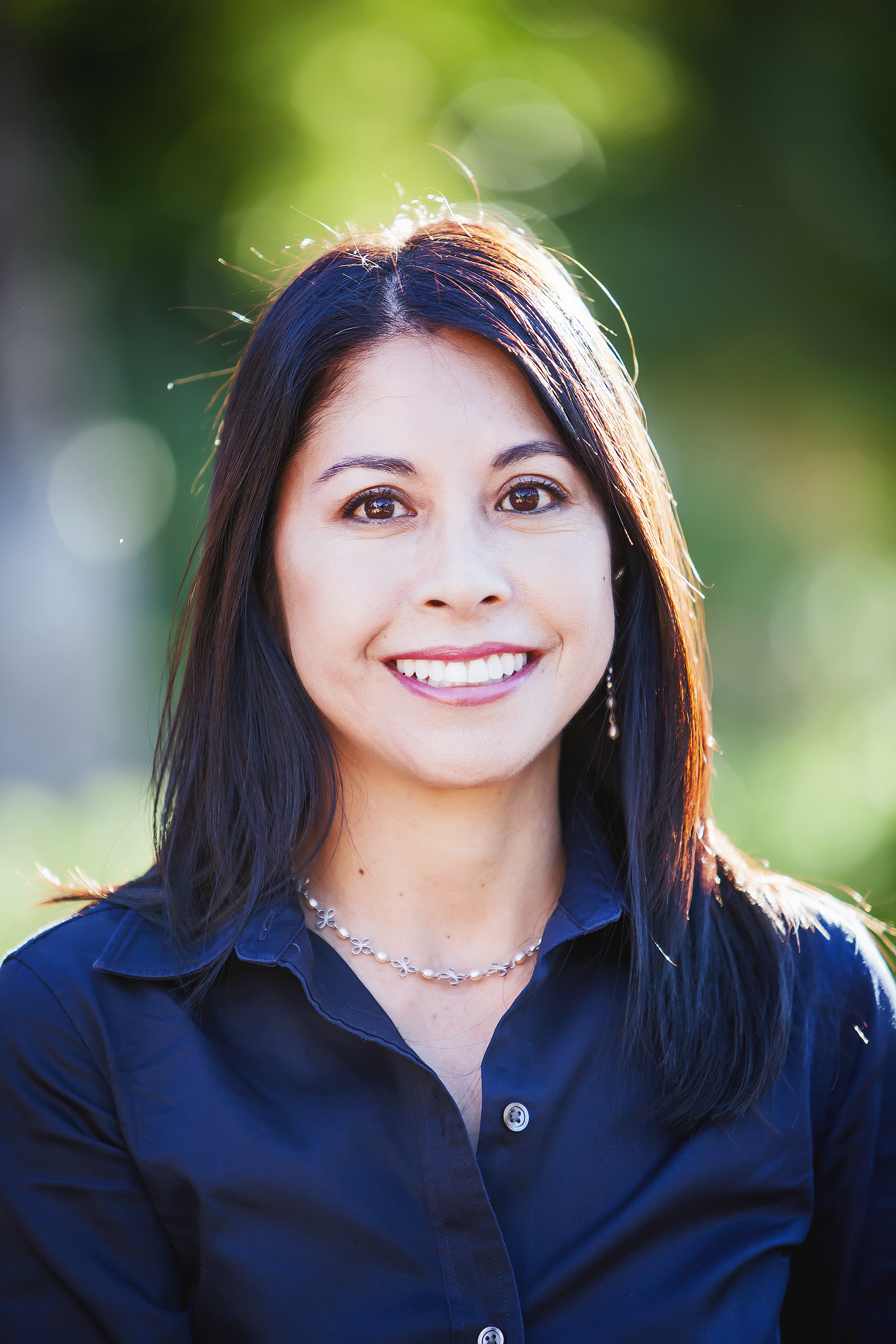 Celeste González de Bustamante teaches courses on reporting in the U.S.-Mexico borderlands and Latin America, and television news writing, reporting and production at the University of Arizona School of Journalism. She is also an affiliated faculty member of the UA Center for Latin American Studies. Her research focuses on: the history and development of television news and media in Latin America (mainly Mexico, the U.S.-Mexico borderlands, and Brazil); and violence against journalists in Mexico.

During the 2013-2014 academic year, Celeste was a distinguished visiting professor at the Universidad Iberoamericana in Mexico City, where she taught journalism courses and conducted research on aggressions against journalists in Mexico. She is the current head of the Border Journalism Network/La red de periodistas de la frontera, a binational consortium of journalism educators, professionals and students who are working to improve news coverage of the US–Mexico borderlands.

Celeste is the author of Muy buenas noches: Mexico, Television and the Cold War (University of Nebraska Press, 2012) and the co-editor of Arizona Firestorm: Global Immigration Realities, National Media and Provincial Politics (Rowman & Littlefield, 2012). She covered the U.S.-Mexico border on commercial and public television for more than 16 years. She enjoys spending time with her family, hiking, and taking students to the border. 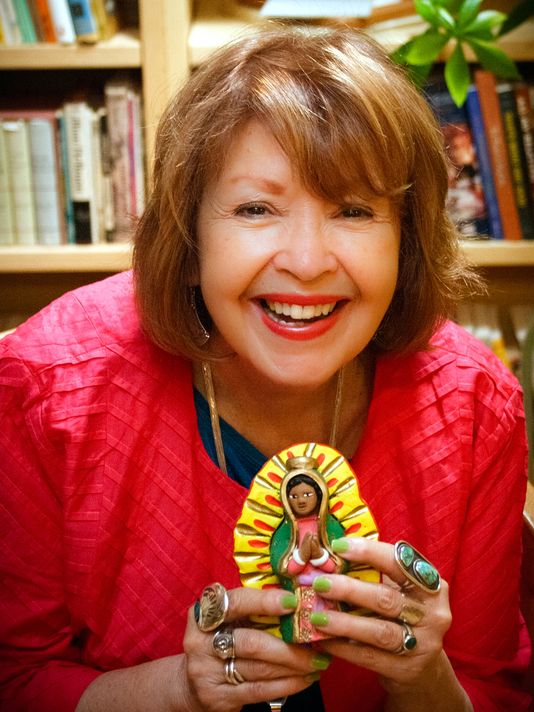 A former teacher, university administrator, museum director, and consultant, Pat Mora is a popular national speaker shaped by the U.S.-México border where she was born and spent much of her life. Pat writes for all ages—children, teens and adults. She’s the founder of the family literacy initiative Children’s Day, Book Day / El día de los niños, El día de los libros, (Día).

The year-long commitment to linking all children to books, languages and cultures, and of sharing what Pat calls “bookjoy,” culminates in celebrations across the country in April.

Pat received Honorary Doctorates in Letters from North Carolina State University and SUNY Buffalo and is an Honorary Member of the American Library Association. The mother of three children and an Austin granddaughter, she is married to anthropologist Vern Scarborough.

Pat lives in Santa Fe, New Mexico, where she savors the Southwest landscape, reading and working on new manuscripts. She enjoys family/friend time, reading, gardening, cooking, and living. Pat tweets @patmora_author.  Find her on Facebook and read her blog. 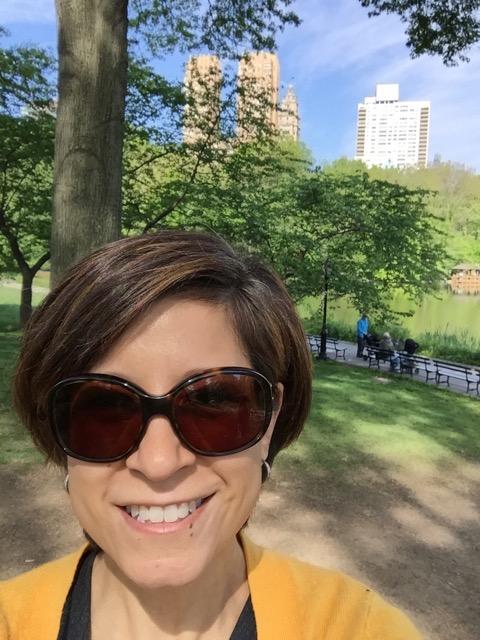 Monica Perales is associate professor of history at the University of Houston, and is the Associate Director for the UH Center for Public History. Her first book, Smeltertown: Making and Remembering a Southwest Border Community (University of North Carolina Press, September 2010), received the Kenneth Jackson Award for Best Book in North American Urban History from the Urban History Association. Monica’s general research and teaching interests include Chicana/o labor and social history, immigration, American West, Borderlands, food studies and oral history. She is presently working on a book on Mexican American women, labor, and foodways in the U.S. Southwest in the 20th century.

Monica has been involved with teacher enrichment programs through her work with Humanities Texas, the state affiliate of the National Endowment for the Humanities. Since 2006, she has presented at numerous one-day and three-day Teacher Institutes across the state, and served as the faculty director of the 2016 Institute named “America from Jefferson to Jackson,” which was held on the campus of the University of Houston.